The moment I could pre-order it, the wheels were set in motion to get an iPhone 5. I was still using the iPhone 3gs; it was aging, the camera kind of sucked and I felt like I was harming my geek-cred by being so outdated! 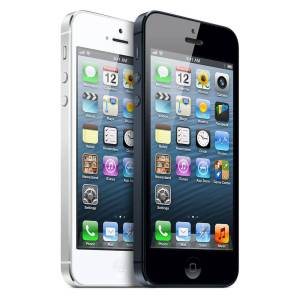 I love my new phone, but there have been a couple of drawbacks. When it is in my Speck case, I can’t use my beloved Far End Gear earbud because of the way they built their connector. It just doesn’t fit with the case.

Then there is the issue of carrying it while I run. The armband I fell back on repeatedly for years is a Nike Arm Wallet. It didn’t have a see-through screen to control my phone, but my phone slid in and out of it easily so I could grab it to take a picture while on the run. A geeky thing that was useful for a blogger! But the phone and case just didn’t fit into the wallet and there’s the issue of the headphone jack now being on the bottom of the phone. I could have put it in upside down though, the fit was the real issue. 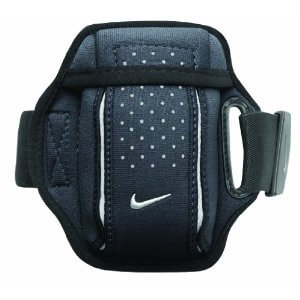 I had an Armpocket, which is a good product but it’s kind of large and bulky. It always felt like it was too much to wear for daily runs. That holder did have the screen available though, but it was a pain to take the phone in and out while moving and the headphone input is on the wrong end for the updated phone.

The Clean Bottle Runner is handy to hold phone and water. Same problems with headphone jack and taking pictures though. Plus when I run with the stroller, I’m not using a handheld water bottle too, that’s just too much stuff in my hands! 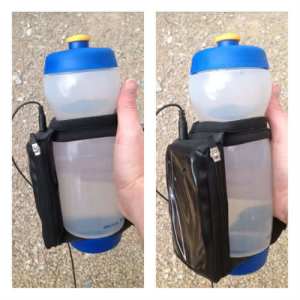 I’ve been using my Fitletic double pouch belt. However, it is a VERY tight fit to get the phone in there. I usually end up scratching my fingers on the zipper while trying to shove it in there. Then I just leave it unzipped a little to let the headphone cord come out. There’s no way I’m pulling my phone out of here to answer it or take pictures during the run.

So I’m looking for a solution to carry my iPhone 5 on the run. First criteria is fit, I don’t want it to be such a tight squeeze that it’s a battle to get the phone in and out, especially when I leave my case on. Second criteria is having access to the headphone jack in the right spot. Third, not as a crucial but would be nice, easy to pull the phone out to use the camera.