On Saturday morning I ran a 5k called “Blonds Have More Fun”. It’s part of the “It’s Just Hair” series by local race company Jus Run. It’s a new race series and this was the first race in the series. (The redhead and brunette ones are still coming up… and yeah, I’m signed up for those too. I’ll get a special medal if I do all of the series.) Participants were encouraged to dress up as their favorite blondes… so I ran as myself! LOL! I could say that I am my favorite blonde… but I could also say that I’m too   lazy to run in costume!

It was a pretty morning, not way too hot… it could have used a little bit of a breeze. But overall it felt nice for the last day of May in Las Vegas.

The race was held on the path around a local soccer park. The last couple 5k’s I’ve done have been there as well! It’s interesting to see how each race director manages to direct us in slightly different patterns to get the 3.1 miles mapped. Some lead us uphill immediately, but this one started us downhill for about a half mile before we looped around to start our uphill climb. I liked having the downhill to warmup a little.

The bad thing was that after I started going I realized that I was feeling kind of weird, just having a hard time catching my breath and my heart was racing more than it should have been. So I ended up walking for a couple of stretches. I was a little annoyed at myself for that, but I had to get my breathing in check.

Jus Run has nice medals for their runs, this run was no exception. At the finish we all got a lovely medal with a good amount of heft! 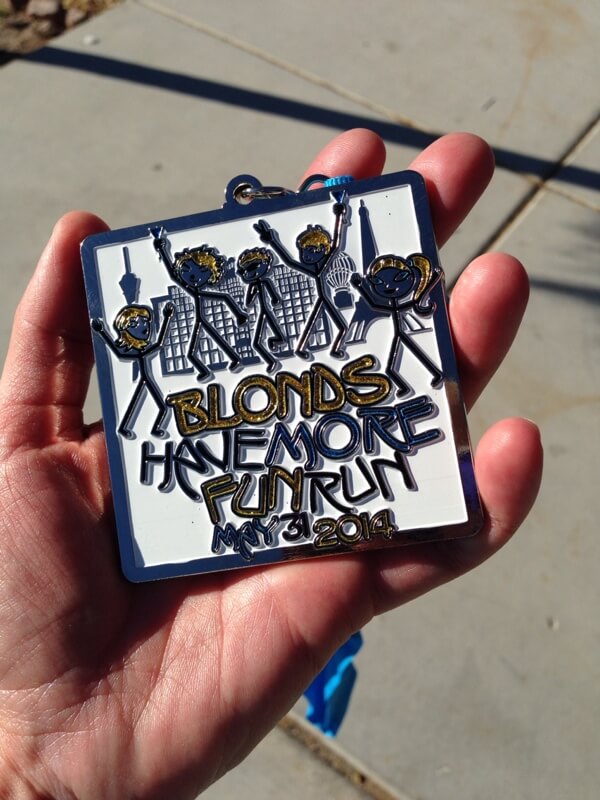 I don’t require a medal for 5k’s… but they’re fun nonetheless!

To go along with the celebratory atmosphere and the idea that “blonds have more fun” there were chocolates at an aid station and champagne (err….. non-alcoholic sparkling cider. There were kids there!) 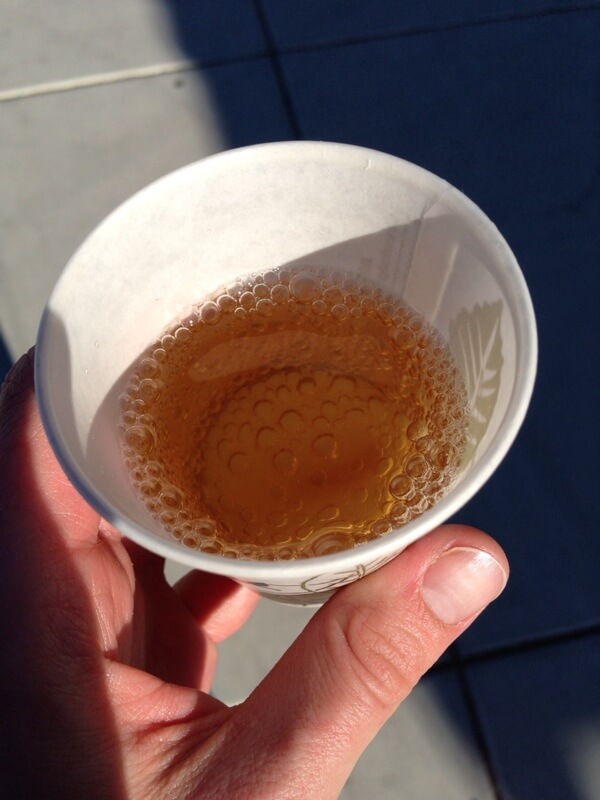 I hung around for the awards ceremony and applauded for the overall winners. The overall female winner was young. I don’t know her exact age, but she was in the F 10-19 age group. I thought it was interesting that there were no awards to give out in the M 20-29 age group, because there were no men in that age group participating! And it was extremely surprising to me that I was called out as the 2nd place finisher in the F 30-39 age group! (I was beat by a gal dressed as “… Baby One More Time” era Britney Spears… catholic school girl skirt, thigh high socks and tied off shirt. I give her mad props for running in that!)

Photos from the race that the event organizer posted on Facebook: 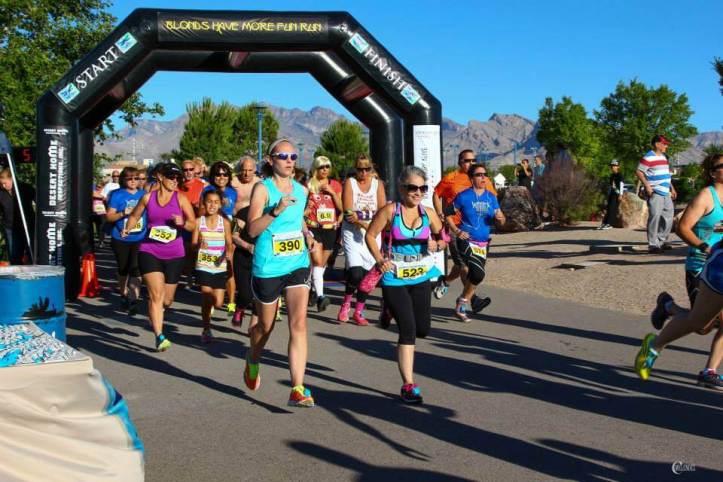 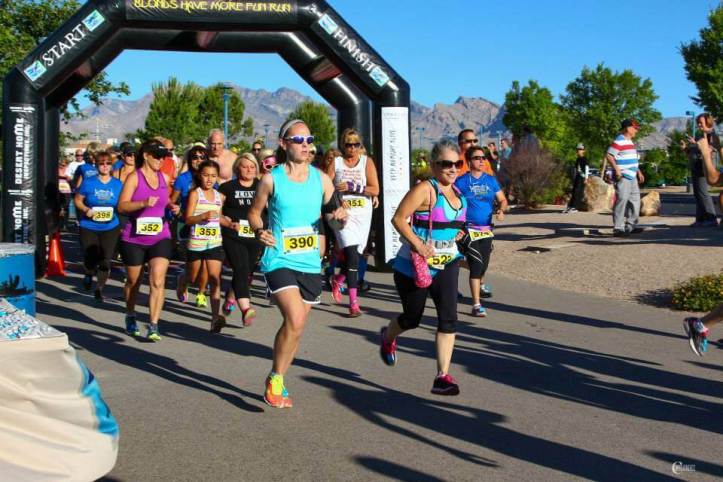 The next race in this series is in October. Depending on the weather, I may or may not run it with the stroller. It’s the Redheads Rule race… maybe I should dye my hair red for it!