Choosing to Rest is Hard

When looking at runners from the outside, we’re a weird bunch. A lot of people naturally just want to sit around and it’s a feat of willpower to force themselves to exercise. But for many runners, when we’ve been at it for a while, we just want to keep running. And choosing to take a rest day is really hard.

I’m “choosing” to rest some this week. I say choosing loosely because basically, I’m forcing myself to step back a little and trying to force myself to be okay with it.

I’m so not okay with it right now…

On Friday night, my kiddo was sick all night long. She threw up every half hour, which meant that I just stayed next to her, then sprang into action each time I was needed. That also means that I got ZERO sleep. And while she slept pretty much the entire next day, I forced myself through everything by the use of willpower and caffeine.

Rest is important because:

It makes you more fit!
When we do our workouts, we are breaking down muscles. When we rest, we allow those muscles to knit back together into stronger versions of themselves.

It helps with longevity!
When you are constantly worn down, there will come an eventual crash. It is better to make those “crash” moments at times of your choosing and for shorter amounts of time versus the crash being an injury that lays you up for weeks (or months).

It builds consistency!
Too many runners get excited, push really hard, get hurt into forced rest, then start over. But planning rest into the rotation helps build a more consistent training cycle, which allows for greater fitness gains.

Rest is hard because:

FOMO & Social Media
Everyone is running! Look, it’s all over Facebook, and Instagram, and Twitter. Trust me, even those pictures and posts you see about running are not indicative of that person’s full life. Look at my Instagram… it may seem like I run a lot because I have this stupid pattern* of posting a running shoe shot every 3rd pic. But if you look at the dates, I don’t post that frequently.

Mental Chatter
Many people say a rest day is good for a mental break. I find it harder since I always have a ton of thoughts racing through my brain and when you add in negative comments about being lazy or how you are messing up your goals, it adds to the brain clutter.

The Conversation
I feel like the way we discuss running with each other can be hard to live up to. You’re constantly being asked, “What’s next?” and “What are you training for?” and how fast/far/much/often you are running. It feels like you have to keep on going to just feel like part of the conversation.

There is a movement toward changing this though. You can follow @restdaybrags on both Twitter and Instagram and tag your pictures with #restdaybrags and celebrate that you’re keeping up with your rest. And hopefully we’ll all be able to feel more comfortable with it and in turn, we’ll have a stronger running community that can keep moving for years to come. 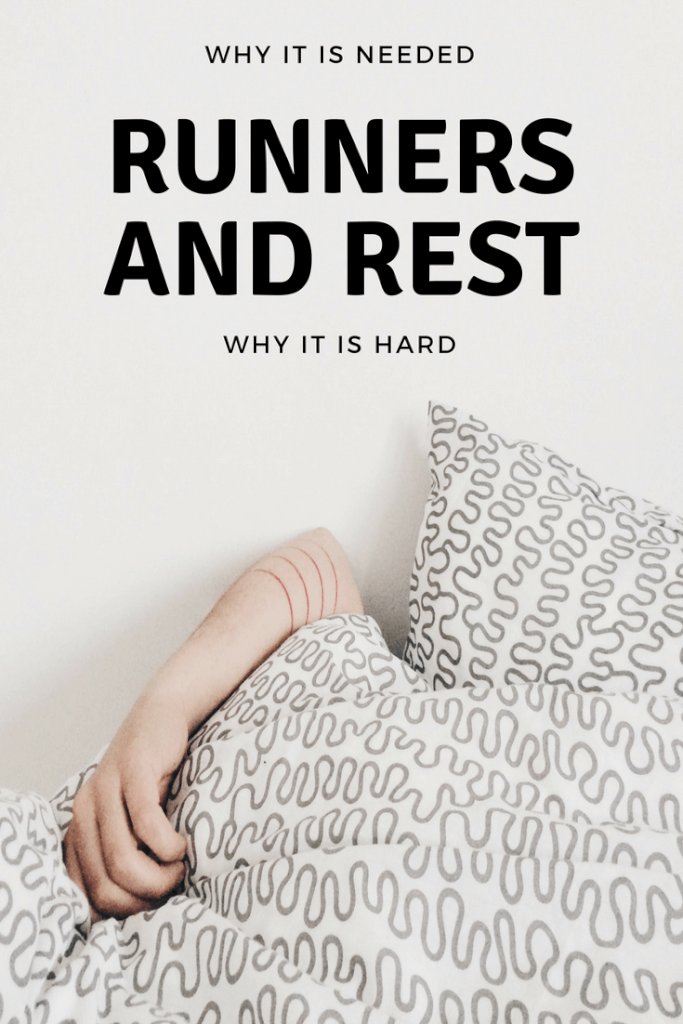 *I try to keep an eye on recommendations for social media, mainly for professional knowledge. And I kept seeing things about really curating your feed and giving it a look. But I will tell you… this every 3rd pic thing is a PITA to keep up because sometimes I just want to post something silly and then there’s that pattern… I can see if you’re using your account for business and money-making, but for the most part, the highly-curated and stylized feed is just one more aspect of our inauthentic view of the world around us.