Anyway… I have never been more nervous before a race in my life. Yes, my training was more sporadic than marathon training in the past, simply because when you are a mother there are more things that can pop up and surprise you. Don’t berate me for saying that… I’ve done the training multiple times as childless married person and now with a kid. Having the kid added a whole new wrench to the process! (And she’s a lovely little wrench!)

So even though my miles didn’t end up clocked the way I’d anticipated, I am as ready as I’ll ever be and need to do the ol’ trust in my training thing. There are some things that I’ve been using throughout my training that have worked really well for me, so they’re making the journey with me.

I heard about this Generation UCAN superstarch on various sites/blogs and finally decided to order a sample pack to try. I was super impressed about how it fueled me for a good long time with no spikes and crashes in energy. So after I went through my sample packets I ordered a canister of the Lemonade flavor, which was my favorite out of the packets. But now that I’m at the marathon, I’m really tired of it. I almost wish I had just ordered more packets and had a variety! And Meb drinks it… so this makes me part-Elite, right? 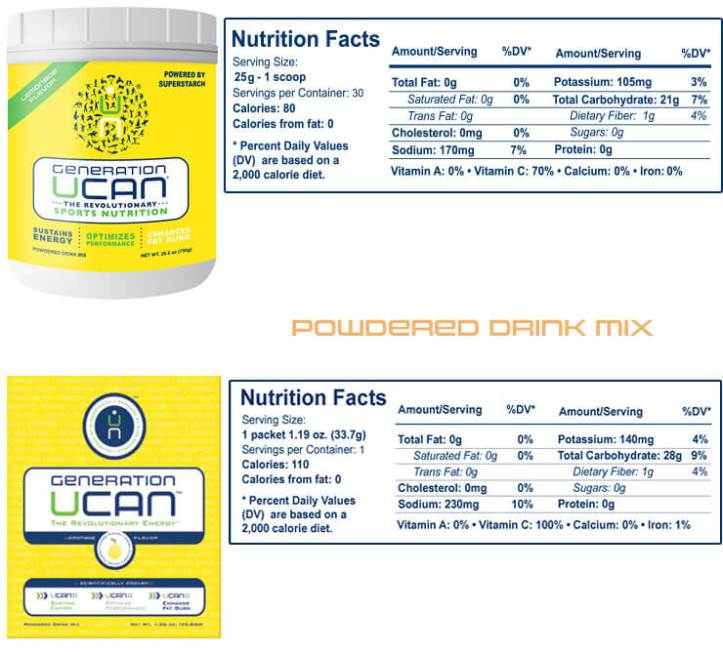 I have 3 belts from Fitletic. Some of them are actually branded as iFitness, as it was before they changed their name. I referred a lot of my Team Challenge runners to them. And even though I already had a couple of their belts, I purchased another one for this race. One with built-in water bottles this time. Plus it has bib number toggles so I don’t have to deal with safety pins. Their belts don’t move around as much as others. You can’t wear a backpack hydration system in Boston and I did all my training on my own… so I’m used to carrying fluids and it makes me more comfortable to have them available on my schedule. 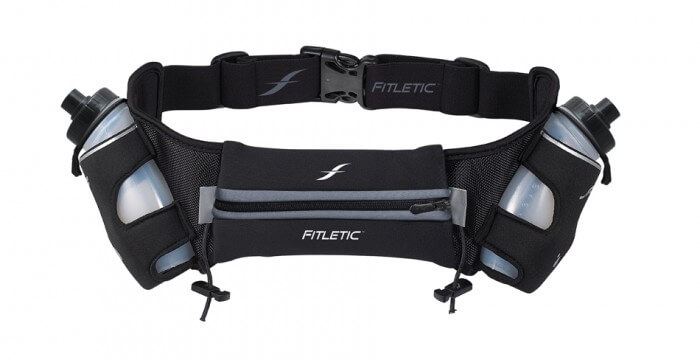 I had never tried electrolyte capsules before now. I had heard about them a lot… but in all these years I’d never used them. That was a mistake! I’m a salty sweater, something I’ve always known. But I feel A LOT better popping a Salt Stick cap every hour during a long run and one at the conclusion. It seems to keep some of my dizzy feelings at bay. My recovery has been really good after each long run, so maybe this had something to do with that!

Neutrogena is doing a “Wipes for Water” campaign with their Naturals makeup remover wipes. Basically, the idea is that you are saving water by using a wipe. I don’t know about how all that works, because you are generating more waste with these too… but I do know these are going in my gear check bag for the finish line because they are extremely gentle on my facial skin and I will want to get a little cleaned up upon race conclusion!

I’ve been wearing a Bani Band headband on most of my runs for about a year now? I don’t know exactly how long… but it’s been a while. They don’t slide off my head. They are adjustable with a little clip that is kind of like a bra strap adjuster. They come in cute patterns and I just really like the ones that are about 1″ wide. I have a thinner one that I’ve never actually worn because my daughter claimed it as her own! I meant to order a new one for the race… but I’ve hardly had time to remember my own name! So old sparkly it is!

In the past, I was sooooo superstitious about my marathon training that once I decided on the pair of pants I was wearing in the race, I trained in them for every long run. No variation. This time around I basically decided I would probably be wearing capris because those should be comfortable in Boston, but wouldn’t be too hot on the warmer days I would get here in Vegas leading up to the race. And then I found Fabletics… and they have so many fun patterns and I love the way they fit and I have ended up with a lot of different pairs. So in a way I was doing the same thing where I trained in the same pants, but I had different pants! LOL So I’ll be wearing my camo Fabletics capris on course.

And of course I’m glad there will be Stonyfield at the finish line… because that’s a great source of protein and my body will be needing that after 26.2 miles!