Do you ever have one of those weeks where you feel like you’ve gone through about 3 weeks in just 3 days? It has been one of those weeks for me. Despite having Monday off work, the following three days were so full of work weirdness that I’ve been thrown off all week. Emails have been piling up in all my accounts (I have way too many email accounts!) and it’s getting a little overwhelming to look at them all.

But I got an invite to use Inbox, Google’s new app to  manage your gmail account. So if I ever get a chance to really test it out maybe I can get an inbox or two under control! (HA HA HA!) 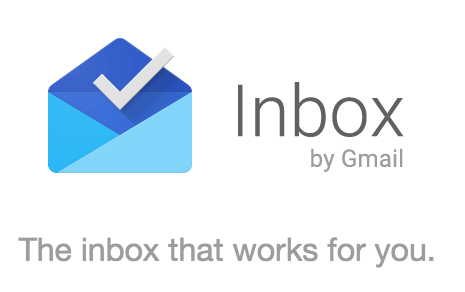 I downloaded the app Motigo recently. It’s an app that allows you to collect “cheers” from friends/family, then at the beginning of a race you start the app and you get those motivational boosts at specific points in the race. I’m going to give it a go tomorrow. Right now I only have one cheer in there, one I made of my daughter babbling. So if you feel like leaving me one for my race tomorrow: download the app, look for me in the Trick or Trot 10K in Las Vegas and record away!

My daughter has always loved books, but lately the “Want to read a story Mommy?” inquiry has been coming even more frequently. She wakes up in the middle of the night asking that question. First thing out of her mouth in the morning is asking for a book. It’s awesome… but I’m so tired of all her books. I’ve tried to read my books to her so I get a chance to read for myself, but she has told me “No like that. Read another one.” Guess we need to go get a stack from the library every week!

I pulled out the book The Runner’s Bucket List: 200 Races to Run Before You Die to read to her, thinking that since it’s not really a long book but more a collection of short “stories” I could get away with it. It didn’t fly… however I did get to read her a little blurb about the Boston Marathon to her, since I’m getting more and more giddy about running that race as part of Team Stonyfield with each passing day. 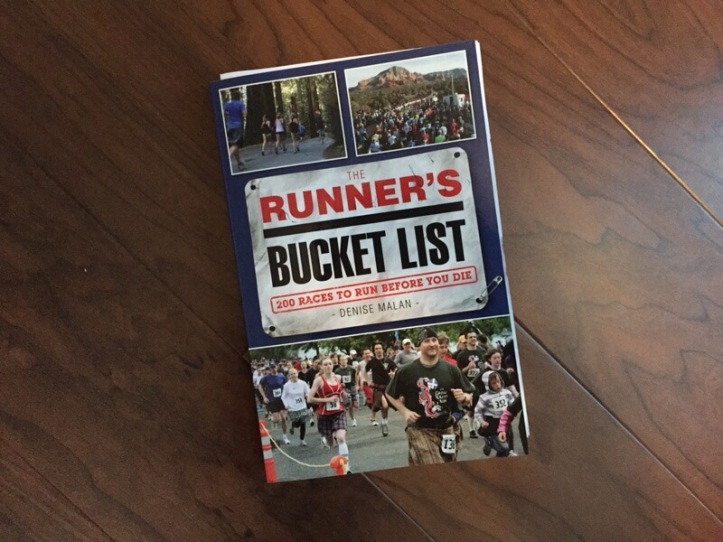 The book is entertaining, although it really is a collection of personal opinions. I mean… I think a large majority of runners would put the Boston Marathon on their bucket list. But the book includes the Badwater Ultramarathon as a bucket list entry. I know a few people personally who actually have that race on their to-do list (or have already done list) but for the most part, I think it wouldn’t be high on a lot of runners list.

The book is a fun way to get some ideas though. Since it’s grouped into chapters with a general theme, it’s easy to find races you might not have heard of otherwise. Races that take place on famous or multiple bridges… races that are clothing optional (are these bucket list worthy?)… races that take place in the night… relay races, fast courses, indoor races… there are a lot of races I’d never heard of and that made for an interesting perusal!

I’m hoping that this weekend I get a chance to power through some of my emails and get a little more caught up and organized on my personal life. At least I have my work inbox somewhat under control, despite the out-of-control feelings it has evoked of late! And I’m running a 10K Saturday morning (see above mention in the Motigo reference), so that should be fun!

What are your weekend plans? What email app do you use on a smartphone? Got any to-do list/organizational tactics you swear by?