There’s been a lot of talk all over the media about how much 2016 has sucked. Well, I’m going to concur… 2016 has had a lot of less than stellar moments for me too. Much of my year has been consumed by health troubles that have been plaguing me for nearly 3 years, but they really seemed to peak this summer. And I’ve felt pretty miserable much of the year.

However, the past few weeks I’ve felt somewhat better. I started a new round of supplements and they seemed to be really working. Last weekend I ran 7 miles on the weekend, which is the longest I’ve run since I did Ragnar Northwest Passage in July. I felt hope! And promise! And joy! And exclamation points!

Then I got a cold. And that cold moved into my lungs and turned into bronchitis. So I haven’t run at all this week. And it’s frustrated the hell out of me. I had running mileage goals for 2016 and race goals and dreams/delusions and none of that has panned out.

It was beyond my control… as much as we like to think we’re in control of ourselves, sometimes we’re just not.

So even though I haven’t run at all this week, I have been able to do yoga on most days and I’ve remembered just how much I love yoga. Plus, want to know what’s awesome about yoga? If you have just 30 minutes to work out for your lunch break, you can do 30 minutes of yoga and then get back to work. With running, if you just have 30 minutes it’s not much time and if you get sweaty you need to account for cleanup time. So yoga for the win this week!

And since my lungs feel like they’re full of crud, I just thought I’d share a recipe with you. It’s not a delightful little recipe… in fact, it’s pretty gross. You’re not going to want to sip and savor this on a regular basis. The steam vapors can agitate your eyeballs. But it works. Within minutes of drinking it, I start to actually clear junk out of my lungs. 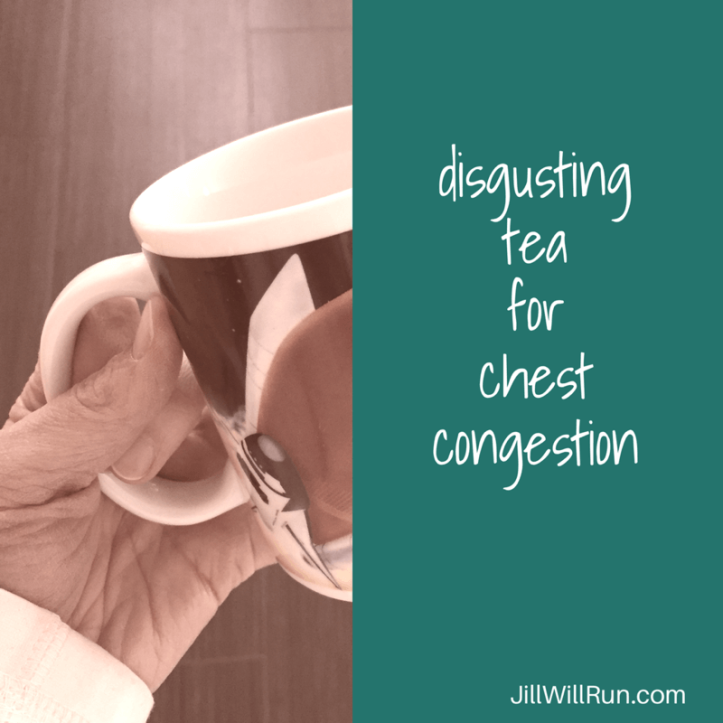 Let’s get going on this, shall we? It’s super technical so you may need to attend culinary school first. (That’s totally a joke if you’re not familiar with my sarcasm.)

Get yourself a mug. A personalized mug from Kennedy Space Center is optional, but it does add a nice touch. 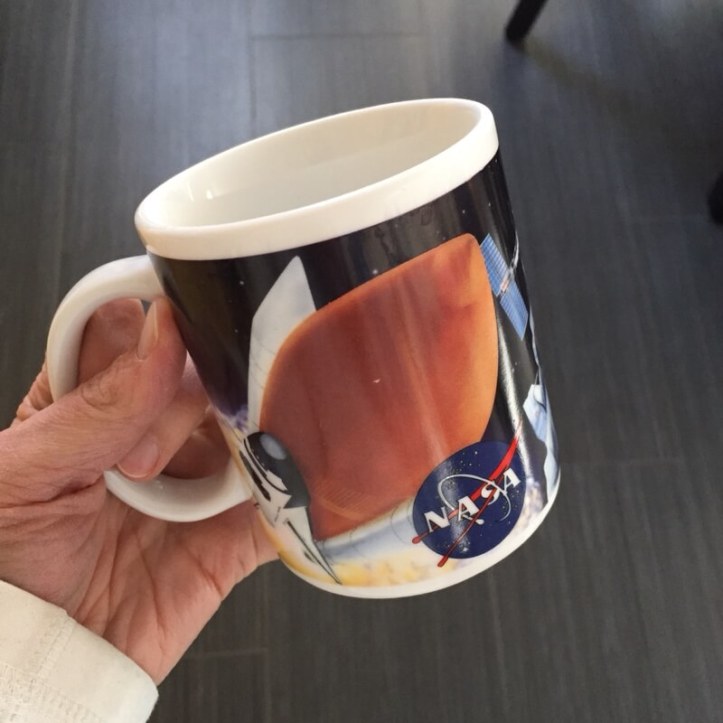 Dump in some apple cider vinegar, about 2 Tablespoons. You’ll want a good quality apple cider vinegar (ACV*) that is “organic” with “the mother”.  I usually have Bragg’s brand on hand, but this time I found some at Costco that was an awesome deal. It does the trick.

Curious what “the mother” is? Basically, it’s the good bacteria that are used to ferment cider into vinegar. Good ACV will have a little bit of a murky look to it because it’s unrefined and still retains that helpful bacteria. [More comprehensive ACV info]

*Us health nuts that are “in the know” abbreviate it ACV. Or other people and websites do and I just copied that precedent.

Next you’re going to want to squirt some honey into your mug. If you’re really diligent you’ll use some honey from your friendly local beekeeper. Or some fancy Manuka honey. Or you can be awesome like me and pull out the mostly crystallized bottle of honey in the pantry, try to squeeze some into the mug, decide that amount you got out must be somewhere between 1 tsp to 1 Tbsp and make a mental note to buy some new honey.

Honey can have antimicrobial/antiviral properties, but it’s not exactly consistent across the board from honey to honey. But it does help coat and soothe the throat. 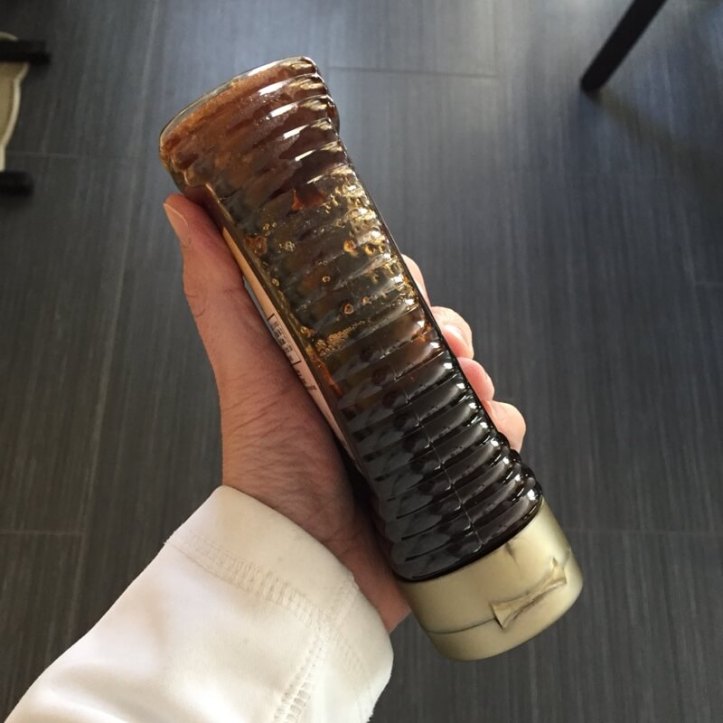 You could just leave it at these two ingredients, or you could get a little fancier by adding in some ginger or lemon. If you’re into consuming essential oils, you could add a drop of each of these oils. If you’re anti-essential oil consumption, just add some actual lemon juice and/or some pieces of ginger.

Ginger is an anti-inflammatory. Lemon can help break down mucus. Plus they add additional flavors to cover up some of the ACV flavor. I know some people come to really love that flavor, but it is pretty strong. Throw some cinnamon in there too, if you feel like it.

Once you’ve got that “flavor base” in the mug, top it off with 6ish ounces of boiling hot water. If you’ve got a Keurig that can spit out hot water pretty much on demand, it makes life that much easier. Stir it and curl up to enjoy your mug of deliciousness… Just kidding. Stir it up, drink it down and try not to get the fumes in your eyes too much. You’ve got bronchitis or a chest cold, there’s not much enjoyment at this moment anyway. 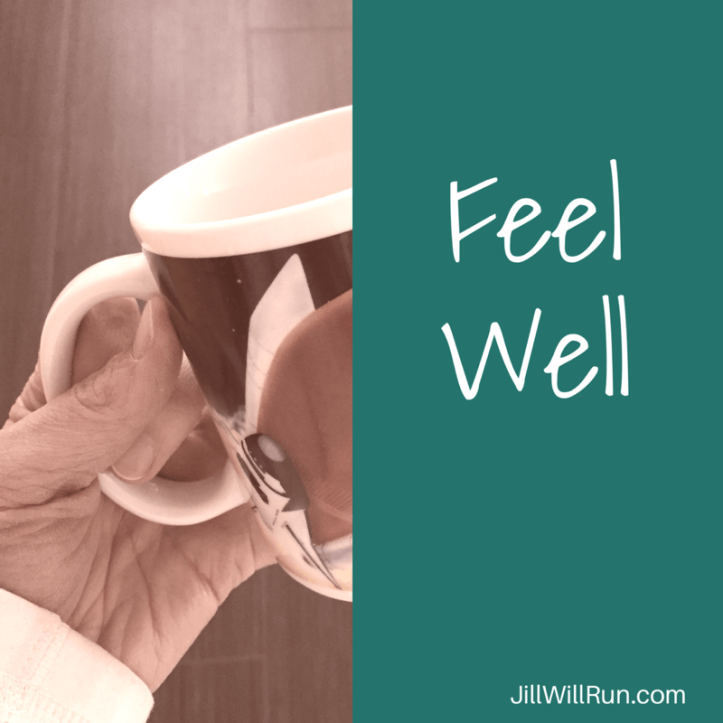