I’ve mentioned it here, but after Boston I was lazy. Well… not lazy, since I still ran 4 times a week and I’d picked up more strength training. I just wasn’t focused. I didn’t have a plan I was following and I just ran however much I felt like running. Until about 6 weeks ago and had the epiphany, “Oh yeah… I have a half marathon coming up!”

Friday late afternoon/evening my husband and I loaded the kid and the dog into the car and we drove to Southern Utah. We stayed at my mom’s house and she was kind enough to get my race packet earlier in the day. I brought her a massive supply of Retro Bakery cookies to put in her freezer in exchange for taking care of that task for me.

Saturday morning I woke up at 4:45 AM (3:45 AM in my time zone) to get ready to race! I had hoped to be out of her house at 5:15 to drive to the finish line, about 20 miles north of her house. But I was a little slow getting my stuff together. I filled my water bottle, made sure I had everything together and took my mom’s car to the fairgrounds.

I got out of the car, walked toward the bus loading area and straight onto a yellow school bus. I knew I was cutting it close to when the last buses were leaving, so I figured I would just use the porta potties at the start line. 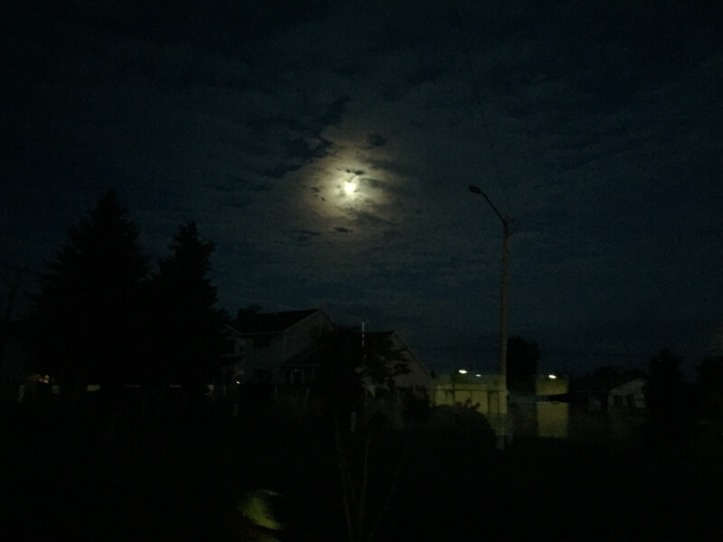 The moon was glowing as we rode the bus up the canyon. I ended up sitting next to a fellow Las Vegas resident. Funny, given that there were about 400 participants in the race and from the discussions happening around us it seemed everyone was fairly local to that region of Utah.

The start line is at a small lake, Yankee Meadows Reservoir. It’s beautiful to watch the sun come and light the sky there. I think it was between 40 and 50 degrees at the start line, cool enough to need my toss-away sweatshirt, but not cool enough to make me cold.

There was one challenge… they only had about 9 porta potties at the start line. And the lines were pretty long. And I was at the end of these long lines. 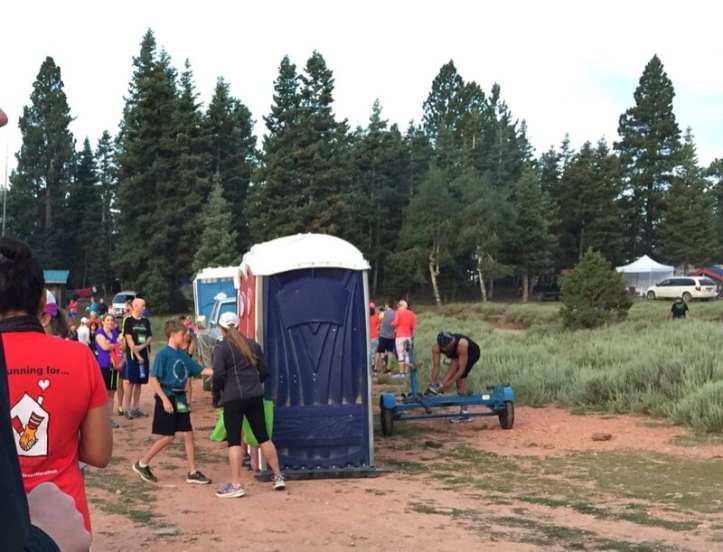 As I was leaving the “facilities” I heard the race organizers yell “Go!”, so I started about 30-40 seconds after the official start time. Not that big of a deal, except this race was timed gun-to-chip, not chip-to-chip. This means there was no starting mat for our timing chips to cross so EVERYBODY has the same start time. So there’s some time added on my official race time where I wasn’t even up to the course yet. Oh well.

This race is beautiful. I was thinking as I ran that I wished I had a way of taking photos of the course and still keep running along at a fluid pace. But I noticed there was a drone flying above the course and sure enough, a video has been posted online. I snagged a couple of stills from the drone video to share the beauty.

I felt really good throughout this run. I was happy, had no digestive woes and was so eager to run toward my little girl. The promise of her being at the finish line is wonderful for me!

I forgot to start my Garmin at the start, didn’t start it until about .9 mile into the race. So I just ignored it the whole time.

I did throw myself off a little thinking that I was about 2 miles away from the finish and decided to take a walk break to fish a ginger chew out of my Orange Mud hydraquiver (first time I got to wear this in a race! I’ve trained with it all year, but it wasn’t allowed in Boston) and lost about 30 seconds due to that. If I had the vest model this wouldn’t have been an issue as I could have had them in front pockets. And if I had realized that it was more like 1 mile away I would have just said, “Tough it out, you don’t need that sugar!”

The last mile is a very gentle incline. A slope that I would normally not even bat an eye at but after 12 miles of some steep downhills, that incline HURTS! Even if that stretch was pancake flat it probably would have felt hard to traverse after the declines.

Overall I am really happy with this performance. I’m trying hard to not dwell on those missed seconds at the beginning and from the ginger chew thing, because there is nothing to be done. But I also realize those precious seconds cost me my sub-2 goal. Next time, right? 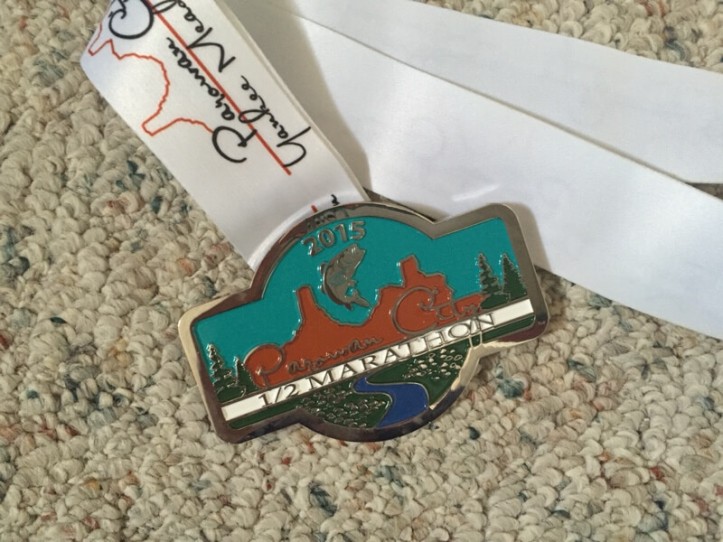 And now, post-race, I am in serious pain. I assumed my quads would be sore from the downhill pounding, but they’re fine. It’s my calves that are screaming at me now. Not sure I can pick my strength training back up today, it’s technically legs day! LOL!

If you ever get the chance, sign up for this race. It’s so pretty and SO cheap. I think I paid $30 or something like that. And the small town vibe is great, you get the sense that people in the community take pride in the event and they pull together to make it happen. It’s great when the organizer is at the start line and tells everyone just to throw their jackets, bags or whatever into her van and she’ll have it for you at the finish!

I wore a pair of Fabletics capris, my Eddie Bauer Quantum t-shirt (seriously, love this shirt. They need more colors!), Saucony Virrata 2 (They’re almost dead! I might need to do the new shoe hunt soon! NOOOOO!), and the Hydraquiver mentioned above.  I also ate an applesauce pouch and a Yummari bar before the race. That combination seemed to be the perfect balance of fueling me for the run without being too much to digest.