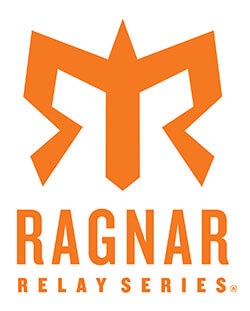 Last night I went to the kickoff party for the Ragnar Relay Las Vegas, held in downtown Las Vegas at Zappos HQ. The location was insane… of course, I hate going downtown so that may color my opinion about the spot. But unlike everywhere on The Strip, free parking isn’t all over the place. And it’s basically a hop, skip and a jump from some pretty shady areas. Going down there at night… well, it’s not my cup of tea.

But Zappos has put together a pretty cool facility and if it works to “revitalize downtown” then that’s swell for my city. I still don’t foresee hanging out there a lot! I parked at Fremont Street (paid $6 for parking, robbery I tells ya! LOL!) and walked to the party. It was sooooooo crowded. There were lines snaking all over the place and it was hard to tell which line was for what thing. Food, checking in, picking up shirts, getting beer? They all seemed to merge together.

I found my team easily and waited in line with them to get food. That’s basically the extent of the party… waiting in line to get some pasta. But the pasta was tasty, the salad was a lovely mix of veggies and they had s’mores, which is kind of a fun touch! Except when everybody is waiting in long lines, I felt a little guilty standing there toasting a marshmallow because I felt like I was holding up the line more!

Honestly, I probably could have skipped the party, had it not been for the fact that I got to meet several people on my team for the first time ever. Some of them have been my pals for YEARS and we’ve never met face-to-face. We’ve even started a website together (TheRUNiverse.com) and still hadn’t met in person. So crazy to feel like you know people so well yet this is the first time you’ve actually been in their presence.

I’m in van 2, we start our legs this afternoon. I admit, I’m nervous about running 17.3 total miles in the next 24 hours, running one of those legs in the middle of the night and hanging out in a van for so long. I’m sad at the thought of leaving my baby overnight for the first time (with her daddy, so it’s not like it’s rough for her!) But I’m also excited for a new adventure. Wish me luck.