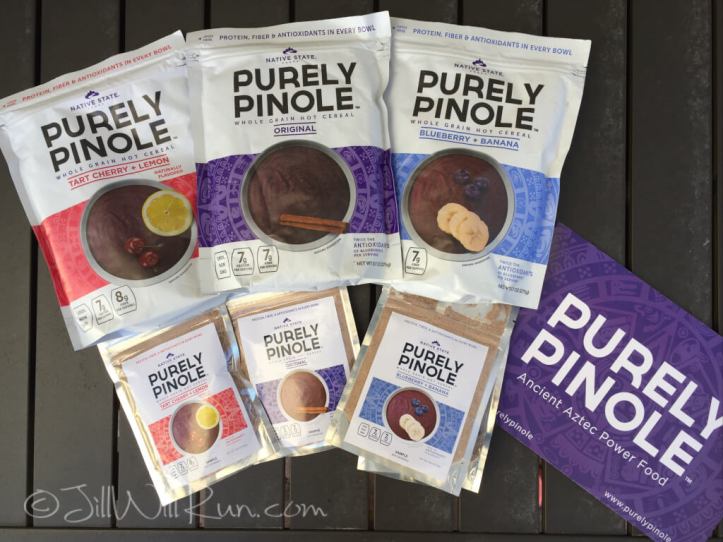 If you’ve read Born to Run, you’ve heard of pinole. Maybe you’ve heard of pinole elsewhere… but it’s a superfood that the Tarahumara indians use to fuel themselves as they run hundreds of miles. It’s made from maize (modern corn’s grandpa) and is usually served as a porridge. (Or hot cereal, if you’re not feeling all Three Bears about using the word porridge. Or is that just me… but I did leave mine to cool for a bit, just no walk in the woods and I was the only goldilocks involved.) But the ancient grain hasn’t been readily available for the rest of us… until Purely Pinole brought it to the mass market.

I was sent a pack full of Purely Pinole from Native State Foods to sample and experiment with. You’re supposed to cook it with milk, or a milk substitute. I used cashewmilk, I kind of doubt that’s traditional but I don’t do dairy. I followed the directions and used 1.5 cups of “milk” and cooked it on the stovetop, it took a while to thicken up and frequent stirring is helpful. (If you like it thin, you can cook it for about 5 minutes, but I ended up cooking it about 10 minutes.) 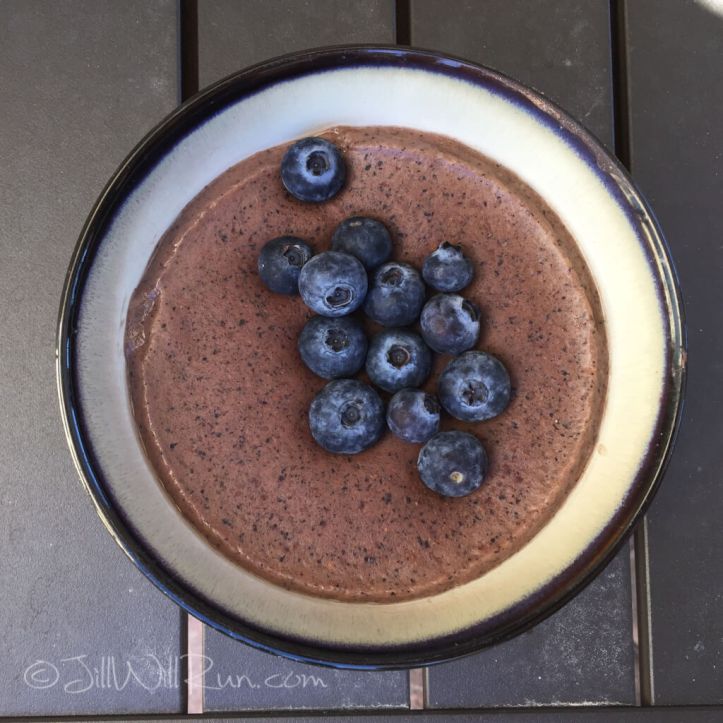 When it’s all said and done, the texture is kind of like Cream of Wheat. It’s not super sweet, even though there is cane sugar listed in the ingredients. Not very much, the nutrition data says 4g of sugar. It also has 7g of protein and 7g of fiber, which contribute to filling meals that have pretty lasting satiety. Depending on what kind of milk/add-ins you include the protein content can jump quite a bit. (Most nut “milks” don’t have high protein unless you buy one that is specifically fortified with extra protein.) I’m pretty sure I’d have to doctor up the sweetness several notches for my daughter to try it, it definitely looks different and it’s got a purple-ish hue.

The top also gets a weird little film on it if you let it sit (to take a picture of it for a blog post) or while cooking, but it stirs back in really easily. Just looks unappealing at first glance.

There are three flavors of Purely Pinole: Original, Blueberry+Banana, Tart Cherry+Lemon. I was the most concerned about the cherry/lemon one because that combo is usually one I like but not a flavor I typically associate with a hot cereal. But when it came down to it… none of the flavors are that intense and were fairly similar to me. So I think in the future I would get original and just flavor it up with whatever I wanted to add in. (Bananas and peanut butter… I like those in oats, and they’re good in pinole.)

I have made it in the microwave pretty successfully… you just need a pretty big bowl and I prefer to use less liquid. (I like it thicker.) Just nuke it in 30 second increments (or 33 seconds to be efficient and only have to push one number button – a trick from Adam Carolla.) and give it a stir before the next round. And pinole DOES NOT work like overnight oats, if you put liquid on it and let it soak overnight, you’ll still need to cook it, it won’t just absorb it all like oats do.

You can use Purely Pinole in other recipes too. Putting a spoonful in a smoothie thickens it some and adds staying power. The other way I used it was to make peanut butter protein balls. Mine turned out a tiny bit dry, I probably could have used more wet ingredients. It’s also partly due to the fact that I live in the driest state in the country so everything is drier. Maybe reducing some of the oats would have helped too. And this recipe made a TON of them…. so I’ve got a bunch stashed in the freezer for easy snacks. 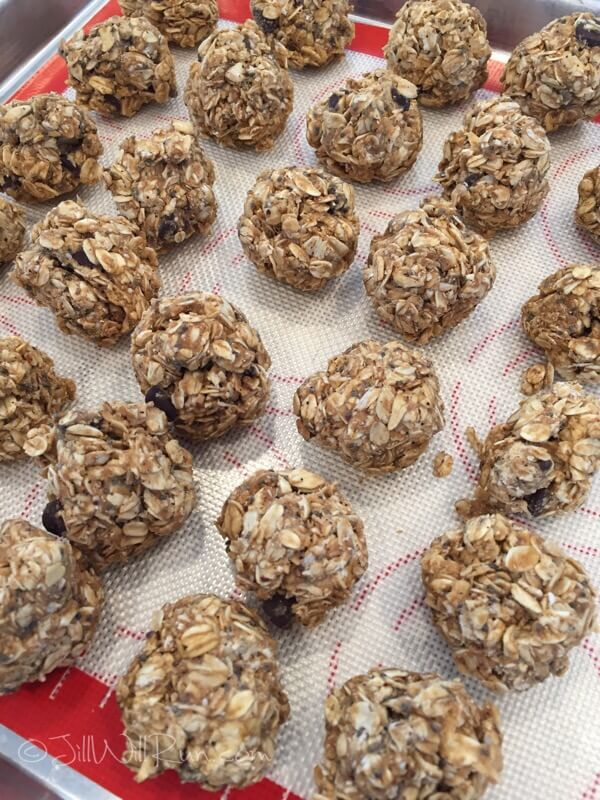 I liked Purely Pinole and I would purchase it again. Curious where you can purchase it? It is available directly from the Native State website.  (Typically $7.99 a bag, but on sale as of this post for $6.39) You can purchase it from Amazon, it’s always convenient to order things through Amazon. They’ve got a 3-pack with each flavor, the price breaks down to roughly $7.20 per bag. The best deal I found was through Thrive Market, you can get it for $5.95 a bag.

I received the bags for free to review, thoughts are always my own.